In 1926 John Alden Knight compiled a list of 33 factors believed to influence day-to-day behaviour of fresh and salt-water fish. He examined and eliminated all but three of these factors (sun, moon and tides) which he considered merited further examination. The tides had always guided salt-water fishermen to good fishing and Knight postulated that the actual behavioural stimulus was the influence of the sun and moon which cause the ocean tides, rather than the actual tidal stages themselves.

Knight examined approximately 200 catches over 90% of which were made during the new moon when the solunar effects appear to be greatest and, more importantly, they were made during the actual times of the predicted solunar periods. Knight's solunar tables were first published in 1936.

The key to the accurate calculation of solunar times is the ability to chart the relative solar and lunar positions with respect to a particular geographic location. The major periods coincide with the upper and lower meridian passage of the resultant gravitational (tidal) force whilst the minor periods occur when these forces are rising or setting on either horizon, i.e. the right ascension of the resultant force and the local sidereal time vary by 90° or 270°. The major periods occur when these forces are at 0° and 180° apart. June always has more combined sun-moon influence than any other month.

During a full moon the sun and moon are nearly opposite each other and there is very little time without one or the other being in the sky. During a new moon both bodies are in near-perfect rhythm travelling the skies together with their forces combined. Because of the interaction between the many lunar and solar cycles, no two days, months or years are identical.

Research has shown that a natural day for fish differs from our own. Their biological clock appears to coincide with lunar time, which is the time that it takes for the moon to reappear at a given point during one complete rotation of the earth (an average of 24 hours and 53 minutes). This is called a Tidal Day and explains why the ocean tides are about an hour later each day and why most fish will feed up to an hour later (in relation to our solar clock) each day.

Fish usually feed actively at sunrise and sunset but, generally speaking, the real fishing of the day is at the "odd hour" feeding periods. If the weather and feeding conditions are favourable the fish will be active for one to two hours.

When a solunar period falls within 30 minutes to an hour of sunrise or sunset there is an increase in fish feeding behaviour, and when a moonrise or moonset occurs during that period the feeding activity will be even greater. This activity is at its most intense when these events occur during a full or new moon and Knight's research documents that when these conditions exist, fish will bite on anything they see or smell.

The time of new moon is the time of maximum fish feeding intensity. Ocean tides reflect this intensity in their magnitude and this maximum will last about three days. Thereafter the degree of intensity tapers off until it is at its minimum during the third (last) quarter phase of the moon.

Finally, a change in the local weather coinciding with these periods will further enhance the activity. Barometric fluctuations, particularly when the trend is down, often ruin fishing. If the barometer is steady or rising and the air temperature is favourable (15° higher than water temperature) then fish feeding activity can be expected to be long and active. 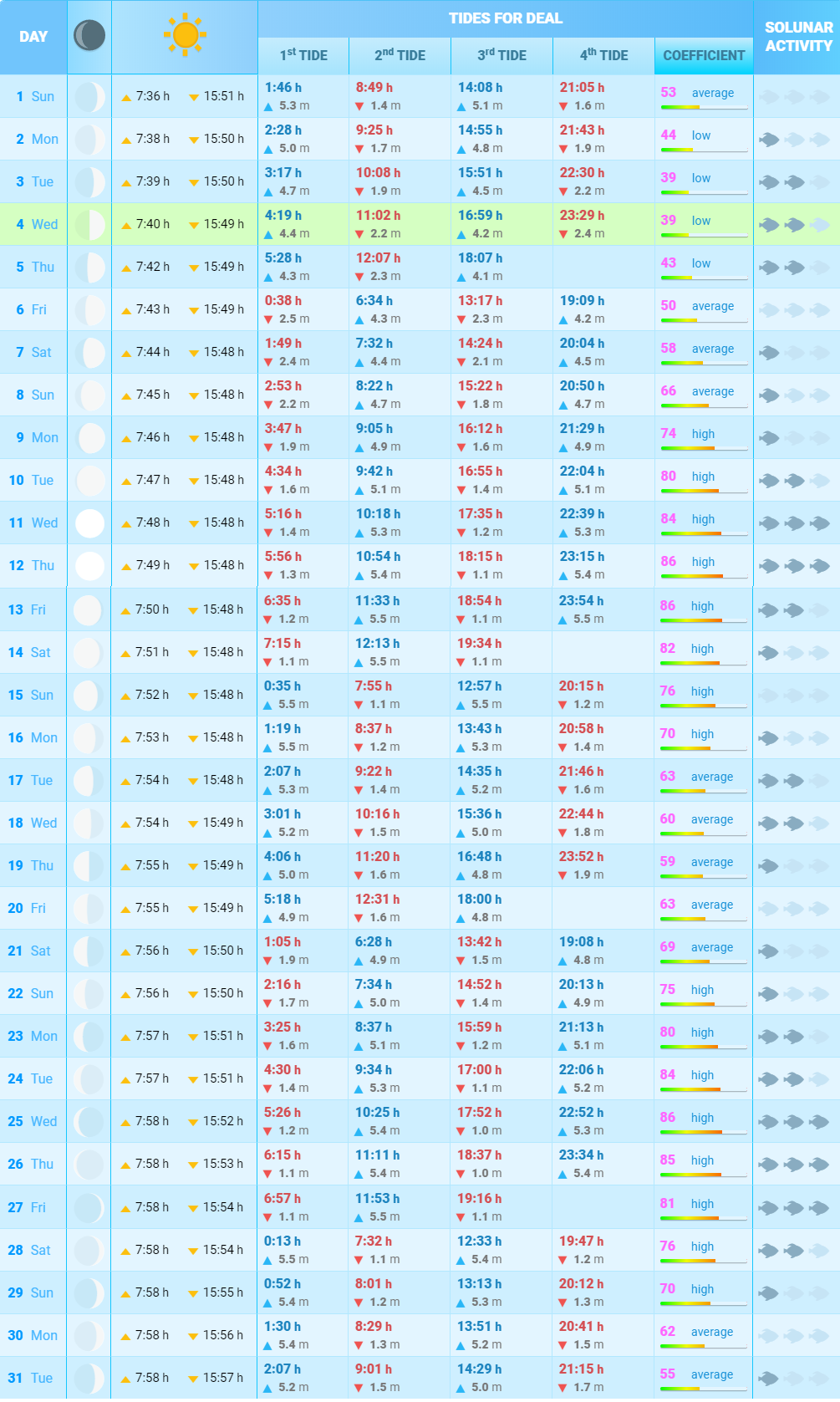